A few nights ago, I watched the movie Brigadoon. It’s from the ‘50s. It’s a cinemascope musical, which means fine costumes, elaborately built sets, and lots of music. It’s one of those musicals where it’s almost ridiculous. If you’re a character, you can’t walk down the street without bursting into song about something. I’d seen it before, but having watched it for the second time, I realized there was more to it than what meets the eye.

Tommy is a guy from the States. He’s loaded, engaged to a fine girl, and has everything he could ever want. Except…something feels like it’s missing. So he postpones getting married – again – and heads off to Scotland to hunt with his pal Jeff. Where Tommy’s an optimist, Jeff is the exact opposite. Some might dismiss him just as a snarky friend, but there’s much more to him. Jeff is the philosopher’s posterchild for the twentieth century: he doesn’t believe in anything except for what he can see, touch, and feel – to be short, sensations. While on the surface he just seems like a snarky guy who’s always half-drunk, there’s so much more to him than that. He’s bought into the idea that there are no absolutes. Nothing is sacred. And nothing exists other than what we can understand.

The movie doesn’t dig deep, but you can see how this thinking affects Jeff. He’s an over-the-top sarcastic pessimist. He has no hope. And he tries to escape from reality by always being half-drunk. 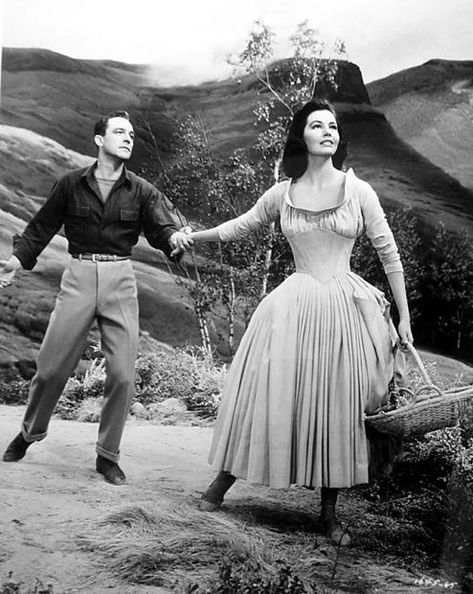 Tommy, on the other hand, is hopeful. So when he and Jeff get lost in the middle of a Scotch forest and he meets a girl who lives in a town that isn’t on the map, he thinks he’s finally found what he’s looking for. He feels about her in a way that he has never felt about anything or anyone before. He and Fiona – the girl – dance all around a hill while gathering heather for her sister’s wedding.

He finds out that Brigadoon is different, and Fiona brings him to the schoolmaster who will tell him the story. It seems that in the 1750s, witches were plaguing the Scotch countryside. The minister of Brigadoon was getting old, and the last thing he wanted to see was the town succumb to the works of Satan. So he asked God if He would make it so that Brigadoon would vanish into the mist every night and come back a hundred years later. He figured that they would only be in each century for a day, so it wouldn’t affect them. And it worked. 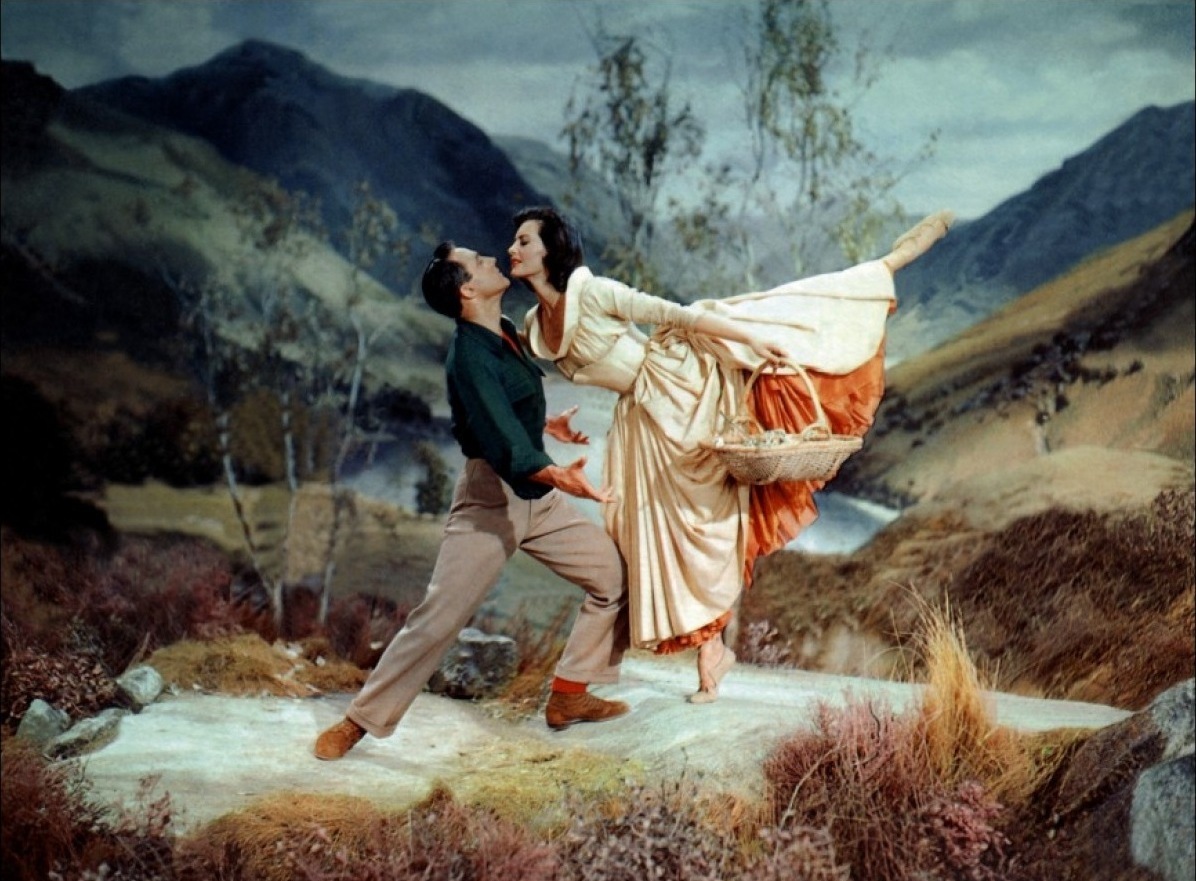 Tommy isn’t quite sure what to believe about this. It seems like it might be true, but it’s so unfathomable. And Jeff, well, he doesn’t believe anything right now.

That night is the wedding feast, and a young man, disgruntled with his life, tries to leave Brigadoon, and therefore, the town and all its residents will vanish forever. He’s stopped – by Jeff, who shoots him, thinking he was a grouse. Suddenly the guy for whom there are no absolutes feels incredibly guilty. And at this time, Tommy finds Fiona and tells her he wants to stay. 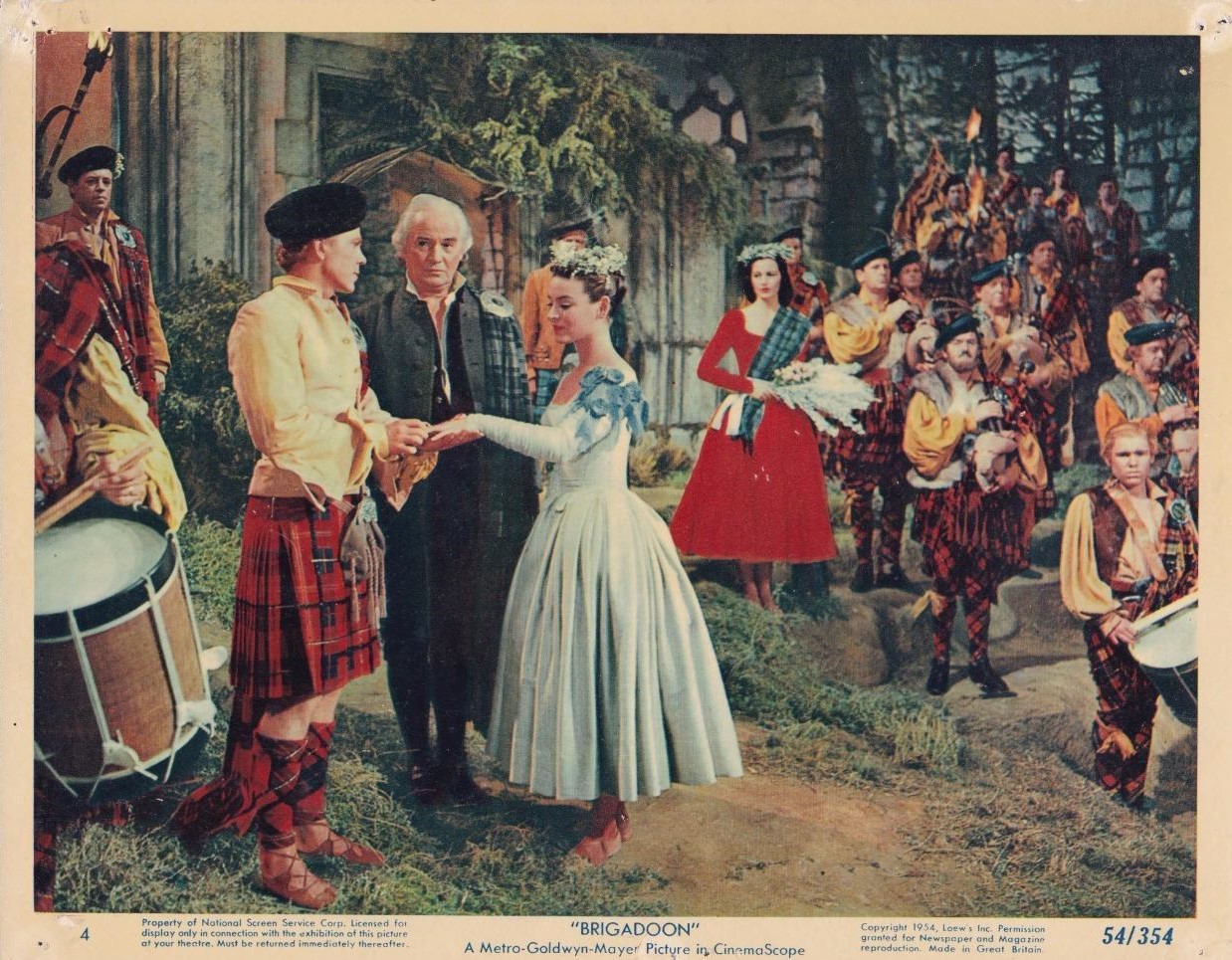 He goes off looking for the schoolmaster and finds Jeff, who is more desolate than he’s ever been before. All day, his beliefs have been challenged by people who believe in God and believe in miracles. He’s tried to dismiss all these things by drinking beer all the live-long day. But he can’t. And now he’s racked with guilt from shooting a man who, he tries to convince himself, probably doesn’t even exist. All he wants to do is leave the blasted place and go home. Go home to his secure ways that don’t challenge what he believes. Where all this is just a dream. And he convinces Tommy that staying here is foolish – because he would be leaving everything he has and knows in this life. Fiona’s heartbroken. She understands, but it doesn’t make things any better. So Tommy and Jeff leave and go back home, to New York, while Brigadoon vanishes into mist. 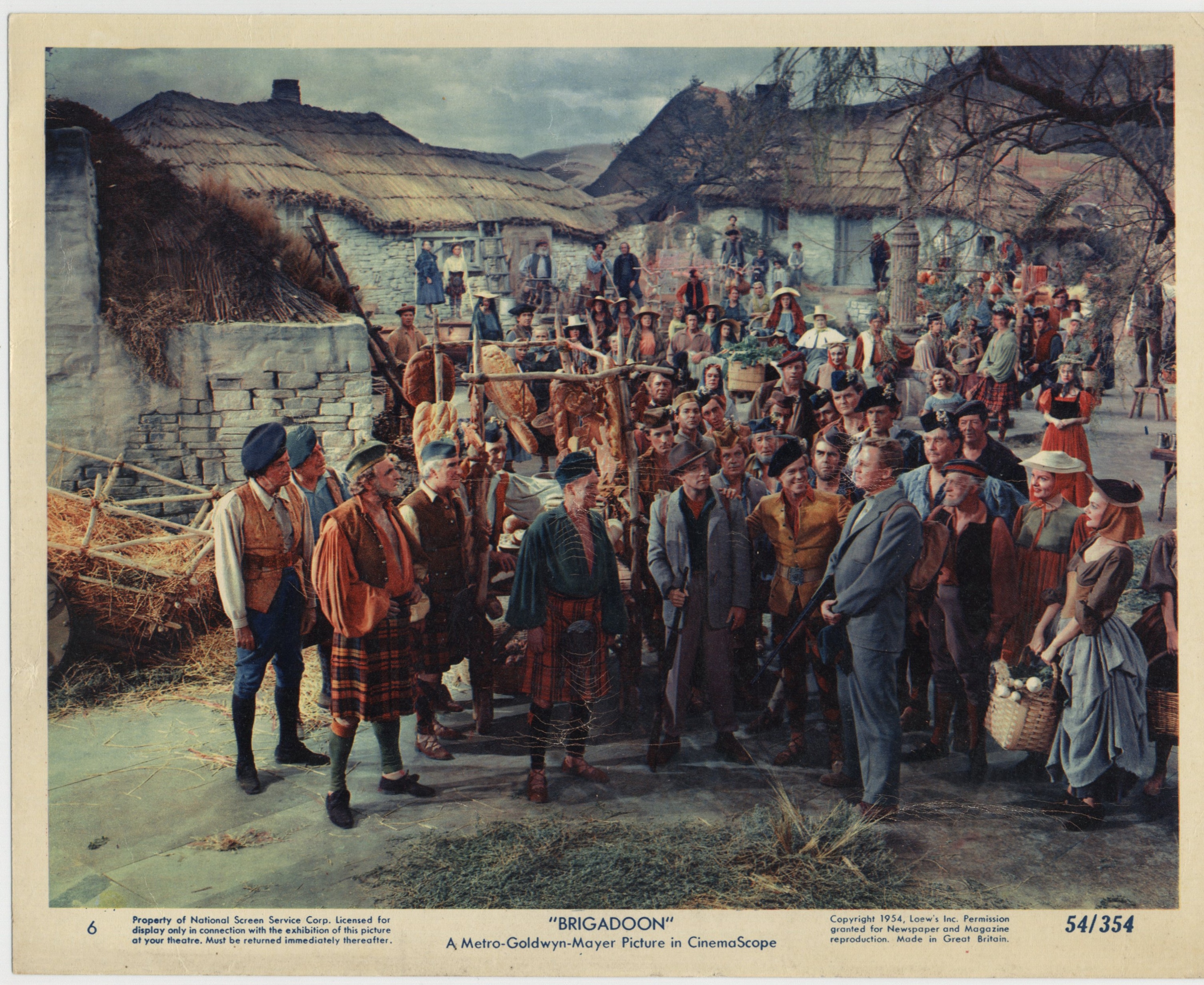 Four months pass, and Jeff’s still drunk all the time – and Tommy can’t get Fiona out of his mind. Any small word starts up the music in his head. Quite honestly, it’s really ridiculous when if someone says “hill”, the music he and Fiona danced to on the hill starts. It’s so ridiculous it’s hilarious. (But it wouldn’t be a cinemascope musical if something like that didn’t happen.) He just can’t focus on anything. So he convinces Jeff to go with him back to Scotland, to go back to where Brigadoon was.

And what do you know, but Brigadoon reappears. He and Fiona are reunited with a terribly dramatic ending.

Overall, Hollywood wants us to believe their worldview in this movie – that you can find lasting satisfaction in an earthly thing, love. Hollywood has always pushed this. Tommy is their posterchild. Now it’s not always love; sometimes Hollywood pushes a career, or immorality, or drugs – but it’s almost always something earthly. The thing is, I’d like to see Tommy five years later. I wonder if he would still be satisfied. Because I don’t believe that earthly love will satisfy you. Maybe for a short while. But have you seen the divorce rate recently? It keeps going up and up, because people keep trying to find earthly satisfaction – and failing miserably at it. To me, it makes sense. I can’t imagine putting every ounce of my trust and faith into someone who is finite, unpredictable, and changeable. Don’t get me wrong – I probably want to get married more than anyone I know, but if you’re having problems finding lasting satisfaction, I’ll tell you know that you’ll never find it in a person on this earth. You’ll always be disappointed. You’ll always be lacking something. It will tear the two of you apart.

You can only find lasting satisfaction by trusting a Person who loves you unconditionally, more than you can ever dream of loving. A Person who died for you. A Person who will never change, never stop loving you. When you put your trust in and follow Him, you will be satisfied. You will have drunk the living water and you will never thirst again.

My Favorite Outfits from 1930’s Movies